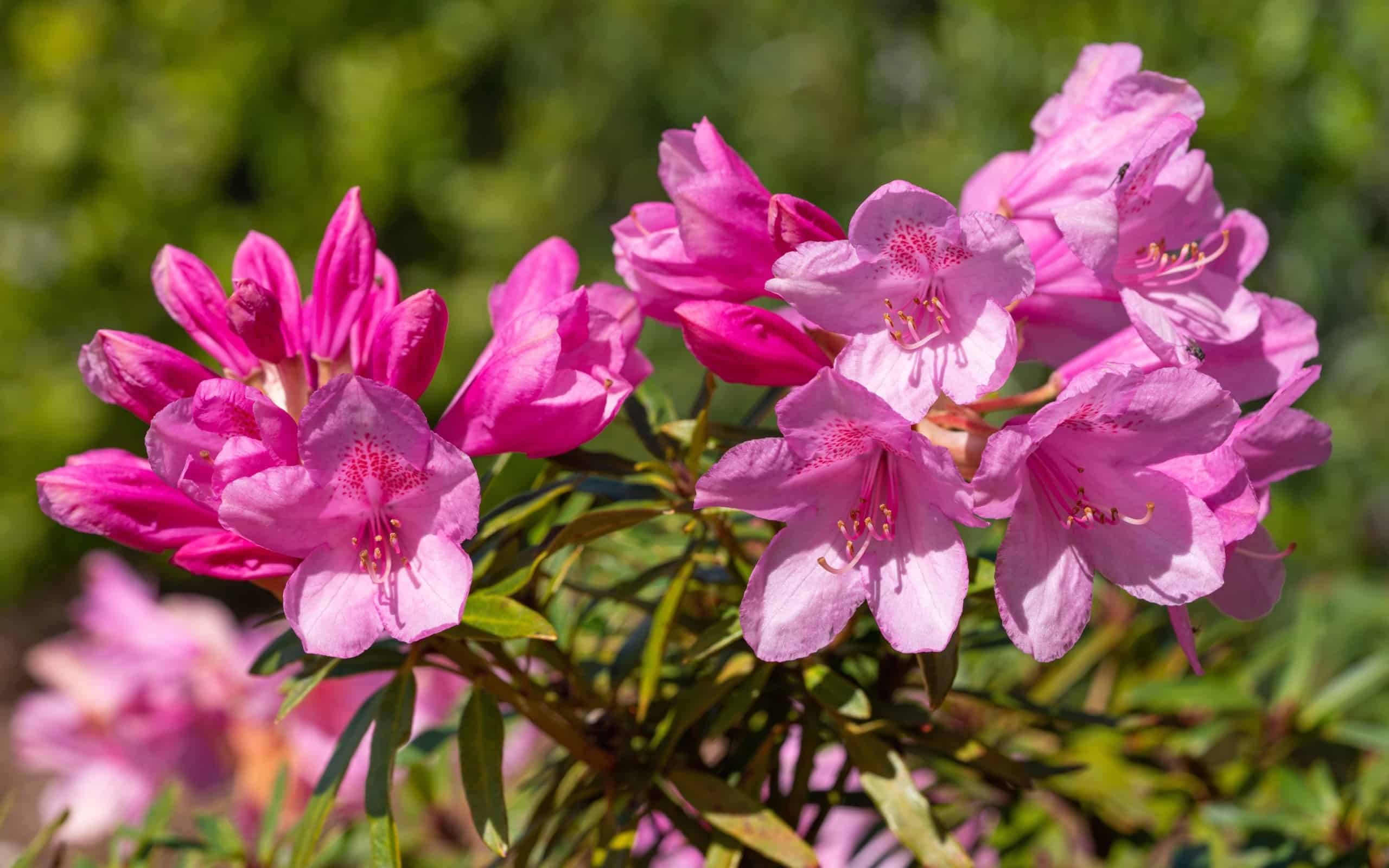 A list of the 5 most invasive and destructive plants in the UK, and some useful identification traits to consider.

The 5 most common invasive and destructive plants in the UK are:

Below we will talk you through the UK invasive species list of common garden plants. Invasive weed identification is important to ensure that you proceed correctly and according to the law. Several of the invasive garden plants mentioned below are toxic to people and animals, and as such, there is legislation surrounding how to treat and remove them.

Despite being Japanese Knotweed UK specialists we can also help with the identification, treatment and removal of other UK invasive weeds, such as Giant Hogweed and Himalayan Balsam.

Giant Hogweed is an invasive plant species originating from Central Asia where is occurs in damp upland areas. It is a highly dangerous invasive weed as its leaves and stems contain phototoxic sap. If this sap comes in to contact with your skin, or the skin of a dog or other animal, it can cause serious rashes, blisters or burns. At the point of contact with the plant you will not be aware as you will not experience any stinging or pain initially. It is only later, when the sap reacts with the sunlight that you will begin to experience inflammation and discomfort. Giant Hogweed rashes and burns do require medical assistance. If identified and acted upon early enough, steroids can help to reduce the burns and pain. Unfortunately, once your skin has been damaged by the Giant Hogweed’s sap you can continue to feel burning symptoms for up to 5-7 years. Given how dangerous Giant Hogweed is it is essential that you can identify it correctly.

Giant Hogweed is commonly misidentified as Common Hogweed, Cow parsley, Gunnera and Rhubarb. Correct identification is crucial to ensure the safety of your family and pets. As with Japanese Knotweed, Giant Hogweed dies back in the winter, but it is quite striking in the summer.

Flowers: small, creamy-white flowers which appear in the summer.

Seeds: Grow at the top of the stems. The seed head’s produce white umbels which generate between 30-50000 seeds per year. It is the seeds that cause the spread of the invasive weed.

Giant Hogweed can reach heights of 5 metres with small, creamy-white flowers. The numerous flower umbels on each stalk can each measure up to 2 feet.

There are laws put in place to prevent the spread of this invasive plant. If you find Giant Hogweed, it is crucial that you read the laws before attempting removal. As an invasive species listed under Schedule 9, if Giant Hogweed is found on your land, you as the owner are responsible for preventing it from spreading beyond your land. Failure to do so could result in criminal action. Fortunately, you are not legally obliged to remove Giant Hogweed from your property, or land, as long as you are actively taking steps to ensure it does not spread to neighbouring land. However, the toxicity from its sap may be a factor in your decision to remove the plant, especially if present in an area that is frequently used.

We strongly recommend using a UK invasive specialist to treat or remove your Giant Hogweed. Giant Hogweed can be treated over a number of years with herbicides. These herbicides will gradually kill the Invasive weed. Herbicide treatment is most effective at the beginning of the growing season before the Hogweed flowers and produces seeds.

Alternatively, To mitigate the risk of contamination and destruction of nearby plants, manual control and removal of Giant Hogweed is often favourable. Cutting the plant out from the roots is highly effective but must be undertaken with extreme care by experienced professionals.

Cutting the plants themselves will often only encourage faster regrowth and more flowering shoots, and in some cases can help spread the plant’s seeds even further. Giant Hogweed is controlled waste so it needs to be disposed of off-site at licensed landfill sites with the required documentation.

Stems: vine like stems which are thick at the base but become much thinner and more flexible further up the plant.

Flowers: small, white flowers which appear between July and October.

Seeds: long and narrow. As with Giant Hogweed it is the seeds that cause the spread of this invasive weed.

As with many other invasive weed identification, Russian Vine weed is most commonly identified between July and October due to its flowering season.

Russian Vine can be very difficult to remove. If its seeds are disturbed there is a high risk of the weed spreading. As a result we recommend digging the weed out before it seeds in the summer.

Himalayan Balsam is a distinctive plant with reddish jointed stems and long, green, oval-shaped leaves. The flowers range from fuchsia to pale pink in colour and tend to appear between June and October, followed by seed pods that explode dispersing the seeds from late July to October. The invasive weed can grow to up to 3 metres.

Stems: reddish jointed stems which are hollow and hairless.

Himalayan Balsam reproduces via seeds with an exploding dispersal mechanism scattering seeds up to 7m from the parent plant. As the plant is most common around water, the seeds can be transported for great distances.

The plant colonises areas rapidly, and although dying back quickly in winter, it will grow back annually spreading into the wider area due to its dense root system. Its growth can cause localised flooring as well as erosion along riverbanks.

Himalayan Balsam is listed under Schedule 9, meaning you have a legal responsibility to ensure the plant does not spread to neighbouring properties or adjoining land.

Removal or treatment of Himalayan Balsam is best left to a UK invasive specialist. The weed can be successfully treated with herbicides over several growing seasons. However, pulling or cutting Himalayan Balsam plants before they flower and set seed is the main form of manual Himalayan Balsam removal. This must be undertaken with extreme caution as this can actually help the plant to spread.

Stem: green and covered in white hairs. The stems can grow to a metre in height.

Leaves: slim, oval shaped leaves which taper to a point. Leaves are covered in hairs which can cause a rash if they come in to contact with sensitive skin.

Removal and treatment methods of Green Alkanet are similar to other Invasive garden plants in the UK. Herbicides can kill the weed but it will take several seasons, and applications, to achieve this.

Leaves: large and dark green in colour. They are oblong in shape and have a shiny, smooth appearance. The leaves are toxic to animals.

Flowers: vibrant purple flowers which 5 petals which are tapered to a point. Flowers in springtime.

Seeds: each plant can produce up to million tiny seeds a year.

Rhododendron Ponticum spreads through its seeds which are carried by water or wind up to 100 metres away from the plant. Low lying, horizontal branches of plant can root into the soil which helps the weed gradually cover more and more ground.

Removing Rhododendron by digging its root system up is the most effective way of removing this invasive plant. However, this can be a huge scale, and very physically demanding, job. Due to toxicity of plant to animals, and its highly invasive nature, we would recommend that that a UK invasive specialist undertakes this task.