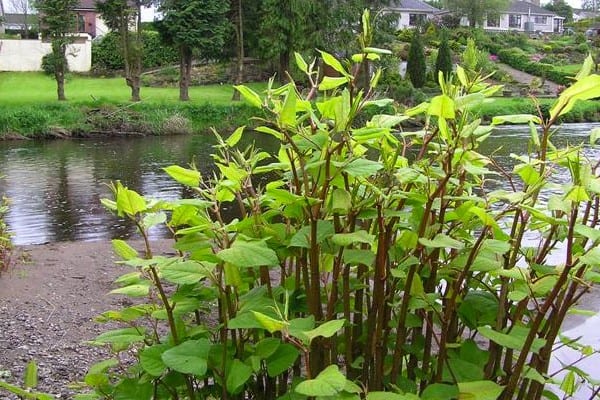 ASBOs And Japanese Knotweed: The Law

The Legal Requirements Around Japanese Knotweed

Japanese knotweed remains Britain’s most pernicious invasive species. It can grow in the poorest of soils, spread rapidly, and has roots strong enough to lift tarmac and undermine the structure of buildings.

In financial terms, Japanese knotweed causes £170 million of damage per year, and is so expensive to destroy that it cost £70 million to remove it from just 10 acres of the London Olympics site.

Given that a few millimetres of the plants underground root system is enough to spawn a new plant, the Government is constantly seeking new ways to stop the spread. One of these methods is the introduction of ASBOs for individuals and companies who fail to address Japanese knotweed.The following explores this in-depth.

ASBOs were introduced into the fight against Japanese knotweed as part of a reform of the Anti-Social Behaviour, Crime and Policing Act 2014. The reform allows for ASBOs to be issued against individuals and businesses that don’t control Japanese knotweed when they could be ‘reasonably expected to do so’.

Triggering the Issue of an ASBO

Any member of the community can trigger the process that may lead to an ASBO. This is done by a person contacting an authorised agency, such as the police or local council, to report a Japanese knotweed problem they feel isn’t being reasonably addressed.

A locally defined threshold will then determine whether the agency is duty-bound to review the problem and enforce a course of action. Even if the locally defined threshold isn’t met, the agency has the discretion to review problems and enforce courses of action if they reasonably believe conduct around Japanese knotweed is harmful to the community.

Why You Could Receive an ASBO

Conduct also includes a ‘failure to act’, which can be defined as refusing to take reasonable steps to remove Japanese knotweed in the face of these negative impacts. It’s important to note that a mandatory written warning will be sent to you before the ASBO is enforced, giving you the opportunity to take measures to remove and stop the spread of Japanese knotweed.

Requirements of the ASBO

As ASBOs are typically restrictive by nature, you will likely be required to stop the spread of Japanese knotweed. There will typically be measures you need to take to ensure this, including making reasonable attempts to remove the Japanese knotweed from your property and the properties of those it has spread to.

Requirements may also include ensuring all reasonable measures are taken to stop the problem from recurring. The ASBO itself will detail the exact nature of the problem, the restrictions and requirements expected, and the timeframes by which you must act.

Given the severe problems Japanese knotweed can cause to businesses, infrastructure, homes, and the wider community, breach of an ASBO without reasonable excuse is considered a criminal offence and carries heavy penalties.

For individuals, a fixed penalty notice of £100 or prosecution will be the first step. If convicted, a level 4 fine of £2,500 will be imposed. For organisations, the fine can be as much as £20,000.

How to Avoid an ASBO

The only way to avoid an ASBO, and to stop the spread of Japanese knotweed, is to have it removed. Tests are still being carried out through the controlled introduction of Aphalara itadori, a jumping plant louse that feeds solely on Japanese knotweed.

At this stage, tests have proven inconclusive, and have failed in some areas, so the best way to get rid of Japanese knotweed at this stage is to call a professional.

It’s important to remember there are strict guidelines on removing this invasive plant, and its root system makes it extremely difficult to remove. Undertaking such a project yourself is likely to be unsuccessful due to the hardiness of the plant.

For more information on how to protect your property from costly fines, get in touch with us today by calling 0800 389 1911 or contact us online.